Flexible outputs - 10x extremely flexible output drivers configurable to operate as high power High side power switching, as Half-bridge or paired into 5x Full-bridges, these 10 outputs can also be configured to operate as low-side PWM drivers.

The PDU34A is capable of configurable soft starting of electrical loads as well as closed loop current limitation, this can be used to reduce large short duration inrush current which can be generated when switching on large electrical loads such as high power radiator cooling fans.

Powerful Networking - 3x CAN 2.0b, 1x LIN as well as a two port Ethernet switch

Advanced Power Management - the PDU34A can be user configured with options for simple on/off operation with the units main supply voltage. But is also capable of automatic wake/sleep operation which can be set to be triggered either by switching dedicated "wake" pin, or can be configured to wake on activation of inputs channels 12 to 16.

The wake and sleep operation of the unit can also be controlled by CAN bus operation, wake on bus activity or upon receipt of a specific CAN message, all with fully user configurable address's and operational parameters as well as timeout settings for auto sleep. 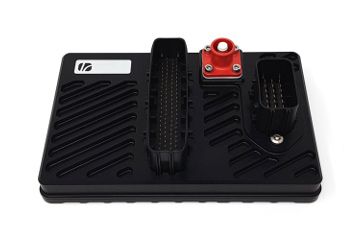 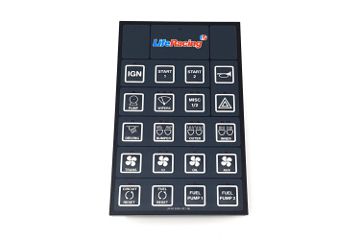